The March for Life was yesterday. It's always a fun event to go to. This year wasn't too cold, which also was nice. It was also a "Life Conference" year, which meant more-then-the-usual-number-of-Lutherans were taking part. I didn't know as many folks as usual (or maybe just didn't see them), but I do have a couple of pictures . . . 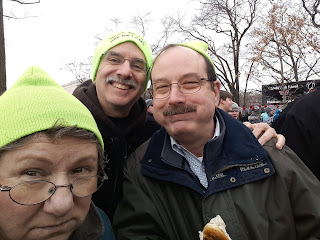 Some friends from New Jersey. 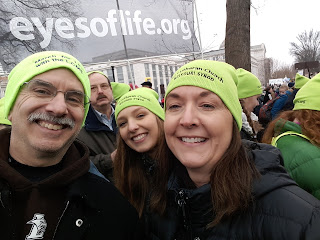 One of our newest Athanasians with her daughter. 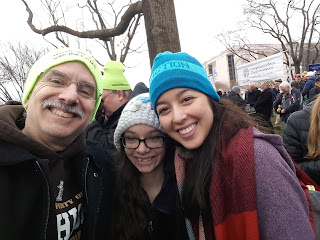 Daughter Peasant (in the glasses) and another young Athanasian.

Posted by Pastor Peasant at 7:55 AM No comments:

My youngest (7th grade now!) made it into what in Virginia is called the Junior District Orchestra. That is a cluster of schools that make up a "district" joining together their best instrumentalists to form an orchestra to give those with above-average abilities a chance to perform some more challenging music in a special orchestra. They bring in a guest conductor to work with the kids and it's quite a nice concert they put on.

So for my daughter, 7th through 9th grade make up the "juniors." So the fact that she made it into the group while competing not only against fellow 7th graders, but also 8th and 9th graders is quite an accomplishment. Their concert was last Saturday, just before the snow storm came in. :-) 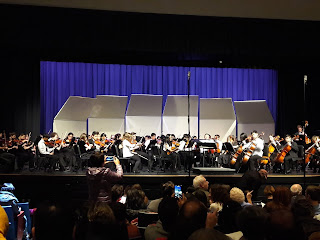 Yeah, I know you can't see her in this photo, but she's in there, buried among her fellow violinists!