This is where I will be this week: 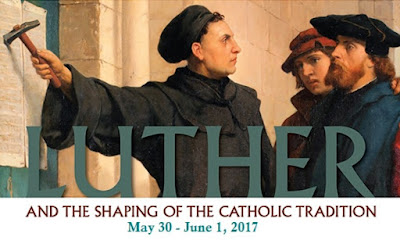 The line-up of speakers for this conference looks promising - I will let you know how it goes.

Had a busy past seven days with a couple of trips and lots of other stuff going on. Won't bore you with the details, just some pictures to look at!

First, some of the fox family that seems to be living - at least part of the time - under our sun porch. 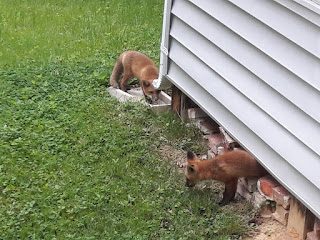 One of the kits coming out from under the sun porch. 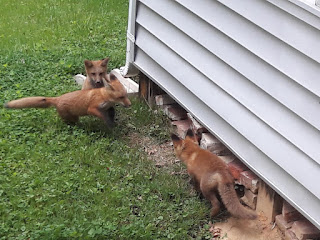 All three of the kits together.

On Saturday night, I got to go to a Washington Nationals game with my youngest daughter. It was school Safety Patrol night and she got a free ticket. They were playing the Phillies! Not bad seats, though it was pretty cold! 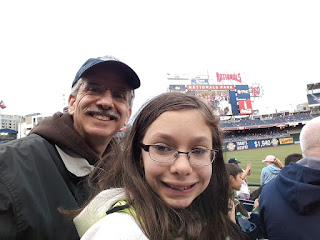 Before the start of the game with the scoreboard behind us. 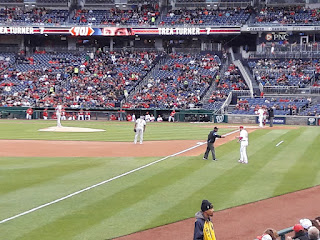 Our view of the game. We were in row T, so about 20 rows up from the field. 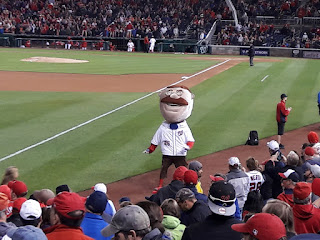 Teddy, one of the racing presidents!

With my kids now home from college and us all together (for a few days anyway), we all went to see my Dad . . . 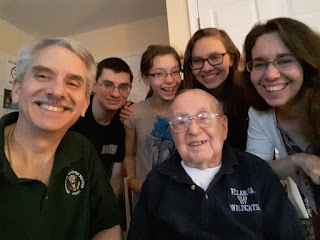 This was just two days after the oral surgeon had to dig out an abscess - he's doing really well! (The good thing about dementia - the next day, he didn't remember anything about having to drive all around and all the pain involved.) 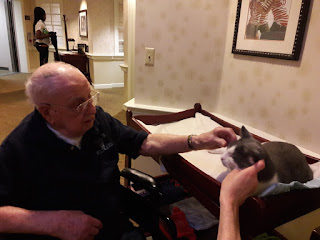 Funny story: While my wife was visiting last week, he said: "I've always been a dog person, but here I went and got myself a cat!" :-)  Glad he feels at home.

Posted by Pastor Peasant at 4:52 PM No comments: 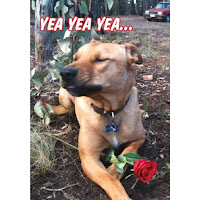 As I was waiting in line at the airport yesterday to board my flight home, I received an email from my advisor at school notifying me that I have passed all my comprehensive exams. Yea! I will now receive a Master of Philosophy degree and am eligible to apply for "candidate status" - meaning to begin work on my dissertation, the last step to a Ph.D. As of yet I am undecided if I will actually take this last step or step away. I will speak with my advisor soon and begin that discussion. Many other folks are giving input as well. It's not a small decision - lots of work involved. So we'll see.

But for now, I am going to enjoy and rejoice in achieving this milestone! :-)

Posted by Pastor Peasant at 7:40 AM No comments:

. . . of not having your own building continue! This weekend is our annual Good Shepherd Seminar. We fly in a professor from our Ft. Wayne Seminary who holds forth on a topic for us on Saturday, and then leads Bible Class and preaches for us on Sunday. Every year we've held this at the same hotel, for eleven years now. We never had any trouble. Never. Ever.

At about 8:30 last night, we arrive at the hotel and they know nothing about us. Zilch. Nada. No reservations at all. The meeting room had been rented to another group. We have no place to have our seminar. We call to other area hotels, but they either have no meeting space, have already committed it, or want to charge something spectacularly high since we're over a barrel. And at that time of night, it's most difficult to get a hold of the hotel managers anyway.

We had our contract with them, but the sales manager who made it no longer works there and apparently didn't enter it into their system - or however they do it. Sigh. Fortunately, they still had a guest room for our professor, so we got that. But now we'll have to meet at local members house. It'll be a bit cramped, but we'll make do. But what a headache last night! And trying to communicate to everyone coming today for the seminar to go to a new location. We'll have a sign up at the hotel and information there - hopefully everyone will get to the new location okay.

The professor was very good and good natured about it all. And, lesson learned. Check. Double check. Confirm. Triple confirm. But this I know, too: it will be a good seminar today, despite the circumstances. :-)

Posted by Pastor Peasant at 6:33 AM No comments:

You know what amuses me? Pastors who left the Lutheran Church for Orthodoxy who still quote hymns from the Lutheran hymnal in their blog posts! Hmmm . . .

Posted by Pastor Peasant at 8:30 PM No comments:

As I've posted before, I've been finished with my Ph.D. classwork for some time now and had my exams to take. I'd taken a leave of absence to deal with family issues, but the time had come to fish or cut bait, as they say. My congregation graciously allowed me to cut back on a few things this January - March, so that I could take my exams in April. As the year began, I registered and began studying.

Then my father went into the hospital . . . and went again . . . and went again. Again, as I've written before, this is tough because my wife and I need to be there with him because of his dementia. When he is sick, he is prone to agitation and upset when he doesn't have someone he knows there. So, my studying took a hit. Its just very hard to get much done in the hospital.

But I tried. In the beginning of March I had one exam to pass so that I could move onto my big, three-day, comprehensive exams. Well, I didn't do well. In fact, I was pretty sure I had not passed - 95% percent or more sure. So I was pretty bummed. At the same time I got slammed with an issue in the district that sucked up a lot of time, so for three week I didn't check my school email and I didn't continue studying. (For why study for exams I won't get to take anyway?)

Well, after about three weeks I decided to log onto my school email and just get the bad news over with. Except . . . I passed. As I told my advisor, I didn't know any human being had that much grace in them! But now I was in a pickle - for my exams were to come up in a couple of weeks and I was not prepared! Both because I got set back with my father's hospitalizations, and because I had stopped studying for a few weeks. But I also don't want to keep having these things hanging over my head, and my congregation had been so gracious. So I called my advisor to see how to move forward.

Turns out my advisor never got the email I sent him to register for my exams! I don't know what 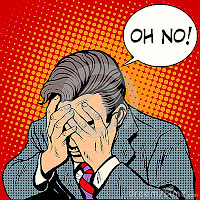 happened, if the fault was on my end, his end, or somewhere in between, but no paperwork, no necessary signatures, nothing had been done! And this is all supposed to be in place 30 days before the exams which were now two weeks away. My advisor said he would see what he could do. Originally, if all had gone according to plan, I was to take them April 10-12 which, for those of you liturgically astute, is Holy Week! Yes, the first three days of Holy Week. My advisor realized these probably weren't the best days for a pastor to be taking them, but we'll see.

So he asks for permission for special days for me, which is sometimes done. I thought maybe the first week in May, since that was finals week. Kinda makes sense. These are like my finals. Administration says no. The logistics wouldn't work out; people wouldn't be in place. They counter with some alternate dates: what about April 17, 19, 20? Well that doesn't make sense, since the days aren't consecutive (which they're supposed to be), the 17th classes aren't in session and so the logistical and personnel would be a problem that day too, and the day after Easter is still not an optimal day for a pastor! So, we counter with April 24-26. Accepted.

That gives me one week after Easter to cram for the exams. So cram I did. The days for the exams came. I woke up each morning super early to study and get my notes together, reviewed them on the Metro, and then took them. Now I must say, in my opinion the exams were quite fair - no outlandish questions, no unreasonable minutiae. And I think I did as well as I could expect. My answers fairly reflect what I know. Now the question is: is that enough? I really have no idea. Just have to wait for the results.

But, as if all that isn't enough, one more heart-stopping thing happened. On Thursday, the day after all the exams were done and I was feeling quite a sense of relief, I get a call from the Associate Director of Graduate Studies . . . there was a problem with my exams. Oh no. They didn't have one of them. You see, each day I would go to an office with a computer they had ready for me, write my answers, and then email the test to the Associate Director. Except the third day, I emailed the wrong test. So she had two copies of the second day and did not get the third. Oh no! Was it still on the computer? In the trash? I really didn't want to go back and do it again! So I gave her my account logon information and waited while she went and checked it out. I think that was the longest 30 minutes or so of my life! Then she calls me back: she found it. It was there. All was in order. 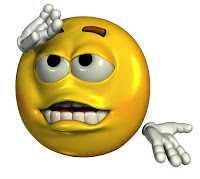 Heart, you can start beating again . . .

So that's the story right now. I am waiting for the result. What will I do then? I don't know. If I pass, the school can give me candidate status, meaning I am full steam ahead to write my dissertation. But do I want to commit to that? That means several more years of intense research and writing, including a boat load of translating that I would need to do. And will I be able? Will my father go back in the hospital and need me to be there? Will I be able to travel for sources and research? Did I have the energy to devote to such an endeavor? I don't know. I am leaning toward no right now, though many are encouraging me to keep going. If I stop (assuming I pass) I can receive a Master of Philosophy - not a small accomplishment. So we'll see.

Now, I'm trying to catch up on all the stuff I put off to study!

Posted by Pastor Peasant at 10:54 AM No comments: