OK. So the first part of the cicada saga was the invasion - crawling up out of the ground and appearing everywhere. The second part was the noise when they started "singing" - which was not just annoying, but got really loud at times! And now the third part . . .

The CARCASSES and the STINK! 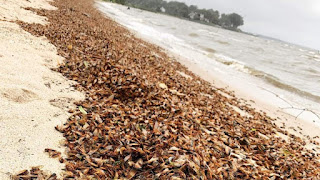 Yes, there are dead cicada carcasses everywhere. I've been cleaning them up, but the stink is there, along with the flies. The noise has abated quite a bit, almost overnight. That's good. But I cannot wait until they all go away. I heard we're coming up on that - the end of June. Hope so. That's also when the lightning bugs come out at night. They're a lot nicer to look at. :-)

And I told someone the other day . . . you know that list of questions you want to ask God when you get to heaven . . . add cicadas to my list! Why were they created??

Posted by Pastor Peasant at 8:23 AM No comments:

Some pictures of the cicada invasion in my backyard . . . 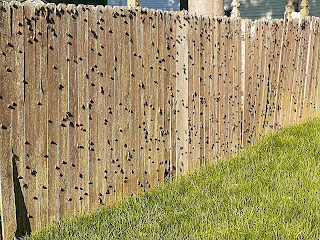 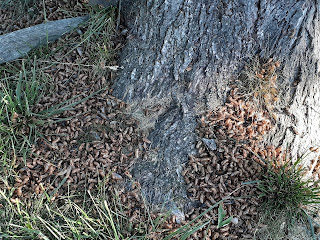 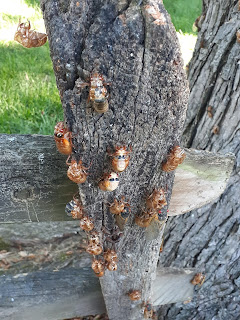 Posted by Pastor Peasant at 6:06 PM No comments:

Okay, in honor of the cicadas invading everywhere, I'm starting a contest to see who can come up with the most clever cicada meme! Here are a few to get us started . . .

Cicadas: Nature's natural aerator (Seriously, I pay my lawn company to poke holes in my lawn in the fall. The ciadas are doing it for me for free!)

Frankenbug! (Just look at it!)

Well, we did it.
I challenged myself to accomplish a Metric Century ride - farther and faster than I had ever gone before - and challenged you to raise more money for the Assist Pregnancy Center than we ever had before, and we did it!
Final numbers:
Raise $5,000 for Pastor - you contributed $7,058!
Raise $7,500 for the Lutherans for Life team - you contributed $8,638!
Wow! Thank you so much!
And the overall numbers for the event:
Goal: $125,000 (very ambitious; more than ever before)
Raised: $132,231!
More important than meeting the challenge, of course, is all the mothers that will be counseled and helped, the babies that will be saved, and the families that will be lifted up and provided for. You are truly making a difference in the lives of many. Thanks for your Christian love and generosity!
Now . . . what can we do next year? :-)
Posted by Pastor Peasant at 8:28 AM No comments:

I did not set out to do my Metric Century ride yesterday, but wound up doing it anyway. And yes, in under 4 hours!

I had two goals for the ride - (1.) get to the end of the trail I was riding on, and (2.) see how my body reacted to eating and drinking on the ride.

First, I wanted to get to the end of the trail (which I thought ended at mile marker 40) and then see the total distance from where I start (around mile marker 11.5). It would be somewhat less that 62 miles (56 miles or so), so then I would know how much farther back on the trail I would need to start to get to the 62. But when I got to mile marker 40, the trail didn't end! So I went a little farther, and then a little farther, and I thought: why not just try to do the 62 miles since I had come so far?

The second, I wanted to see how my body would react to eating and drinking. On my previous rides, I took only water along, and by the end of my 50 mile ride, I was completely out of gas. So I knew I needed to refuel on the way. I did some research and took with me Gatorade instead of water, and a power bar to nibble on the ride. But if my stomach didn't like that, I didn't want it to be on the ride I was trying to meet my goal. Turns out I was fine, and I while I was tired at the end of the ride, I did finish well. The fuel was just what I needed.

So here are my results:

I also figure that if you take off some time for when I had to wait at road crossings (which sometimes seems like forever!), and also for the couple of times I had to stop and run back and pick up my water bottle which either shook off because of a bumpy bridge or I just dropped, I would have gained another 4-5 minutes.

But anyway, I did it! 100 kilometers in less than 4 hours. Now it's up to others to help me meet the other half of the "Pastor Challenge" - raising $5,000 for the Pregnancy Center. If you want to help, follow the link at the top of this blog.

Posted by Pastor Peasant at 1:07 PM No comments:

So, one tradition I try to continue each year is to go golfing the Monday after Easter. It's good for me to unwind, walk around on a nice Spring day, and decompress a bit. I was able to get out this year and actually played pretty well. Actually, very well for me. I played the course we went to probably the best I've ever played on it. That was nice.

Then, my family and I discovered a disc golf course near our house, so we went there on Tuesday afternoon and played. So I guess you could say I "golfed" twice after Easter. ;-)

Now, after a couple of days of rest, it's time to get back into the swing of things . . .

Posted by Pastor Peasant at 3:46 PM No comments: 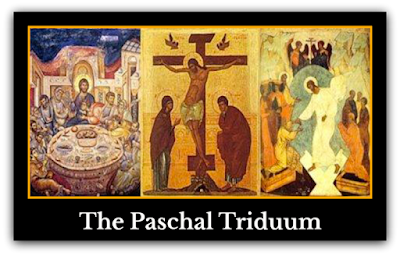 Begins today.
Holy Maundy Thursday Divine Service
Holy and Good Friday Tenebrae
The Great Vigil of Easter
Soak yourself in the Word of God and His gifts at the end of this Lenten season.
Hope to see everyone for these special services.
Posted by Pastor Peasant at 5:10 AM No comments: