A Open Letter on the Term "Homophobia"

Didn't we used to be a people that could disagree about things and discuss them civilly? But that no longer seems to be the case. I believe something, you believe something different. You can disagree with me. That’s fine. Why vilify one another? Why not discuss it? Have a conversation about it? Instead, the label “homophobic” is slapped on. All that does is shut down and avoid any dialogue that could happen. It is a way of saying “I’m right and you’re wrong. I’m not afraid and you are. Case closed. Change!”

Are there some people who are really, in the true meaning of the word, homophobic? I’m sure there are. But most of us aren’t. We just believe something differently than you. So can we please stop the castigating of anyone who says anything you happen to disagree with?

Email ThisBlogThis!Share to TwitterShare to FacebookShare to Pinterest
Labels: Rant

Last week we got some more snow, I think almost a foot. I like living in a place where there are four season and having snow in the wintertime. Though I must say that I was very grateful for my son who helped me shovel out! The snow was pretty wet and heavy, but we got it all done, and then had time to build a snowman, who turned out pretty good, I think! 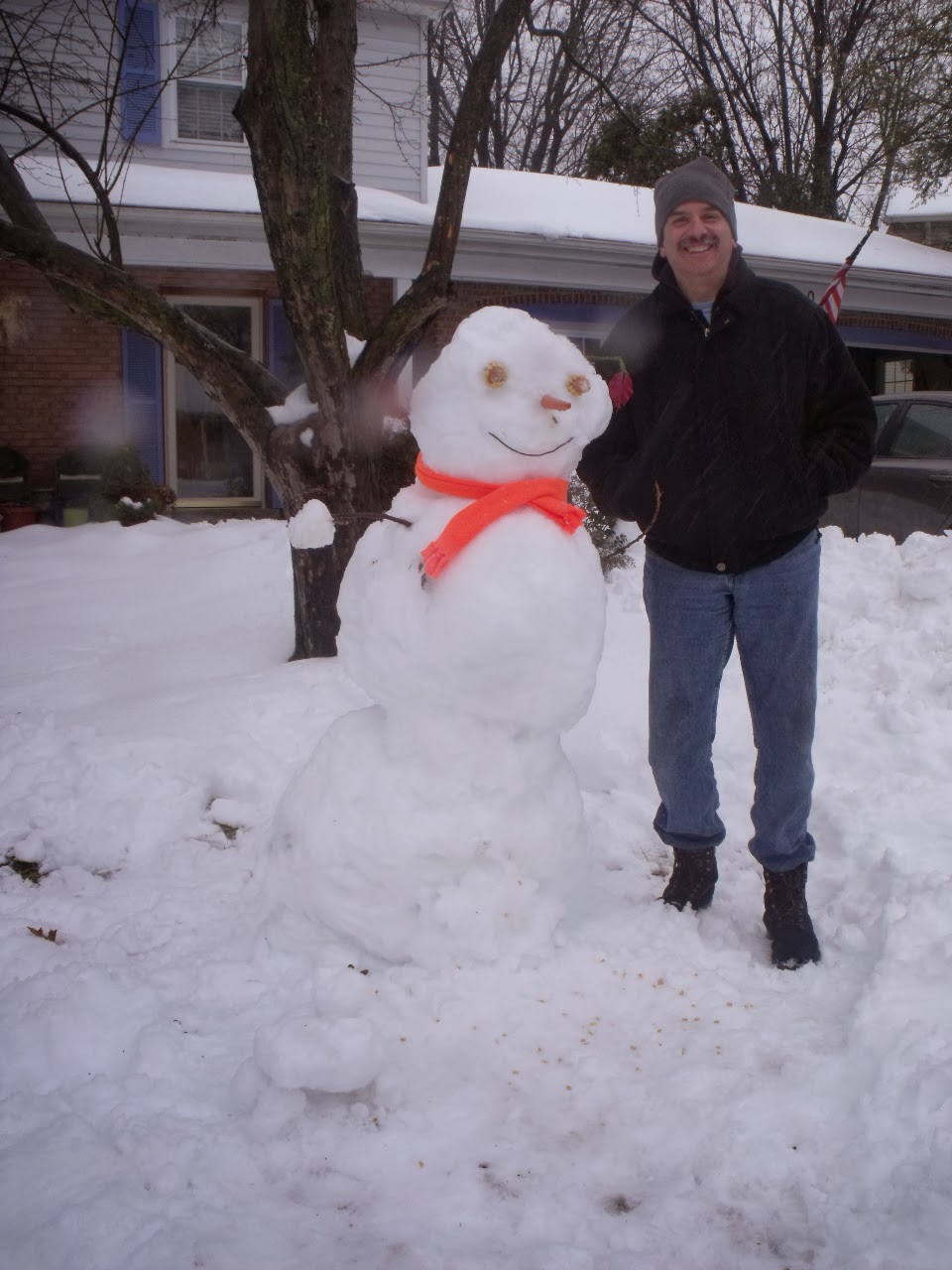 We also built a snowdog (a snowman's best friend!), and if you look closely you can see him just a little in front of his snowmaster.  :-)

In other news, today is my daughter Sarah's birthday. She turns 16 today! So Happy Birthday! I'm proud of you and love you very much.

More news: I already reported that my son had been accepted into one college - last week he received another acceptance letter, from Old Dominion in Norfolk, VA. So he's two-for-two so far! Now we're waiting to hear from the other three schools he applied to, and then we'll try to figure out how to pay for it!

And finally, I received a phone call this week from a long lost friend, the Very Rev. Gerald Sudick, the priest of the Russian Orthodox Church across the street from me when I was in New York. He finally retired and moved down close to me. So one day soon we will get together, enjoy a bottle of wine, and talk about old times.

Posted by Pastor Peasant at 6:37 AM No comments:

What Some Pastors Have Taught Me About Evangelism

As some of you may know, there are two lectionaries (scheduled assignments of Scripture to be read in church through the church year) in use in the church today: a three year series of readings and a one year series. The three year series is newer (in use for approximately the last 50 years or so). The one year series is more historic and been in use for a much longer time. The majority of churches (that I know of) use the three year lectionary, though the minority that uses the one year is very dedicated to it and very vocal about it. Recently I read another blog post written by someone who “converted” from the three year to the one year series. I skimmed through the article and heard pretty much the same arguments I had heard before. (Note: I am not married to or devoted to either one.)

But a thought came to me this time: if they want me to care (much less convert!), they have to come up with better arguments and show me why it matters. This is NOT an invitation to do that here, in the comments! Here’s the point: this is what I think is the reaction of many people to the efforts of the church at outreach and evangelism. They listen to what we have to say, maybe what they’ve already heard before, but remain unconvinced. Why? Because we haven’t convinced them why it matters. I am happy for those who have switched from the three year to the one year, and glad they have come to that conclusion. And maybe unbelievers are happy for those who have become Christians and glad that they have come to that conclusion. But for those who remain unbelievers, it doesn’t matter. For them, they need a better reason to “convert.”

Now, this isn’t a perfect analogy because when we’re talking about faith, that is the work of the Holy Spirit in the hearts of those who hear the Word. But this was the first time I think I understood where those folks we reach out to are and what (perhaps) many of them think. Some are hostile to Christianity, yes, but for many, it just doesn’t matter. We need to show them it does. 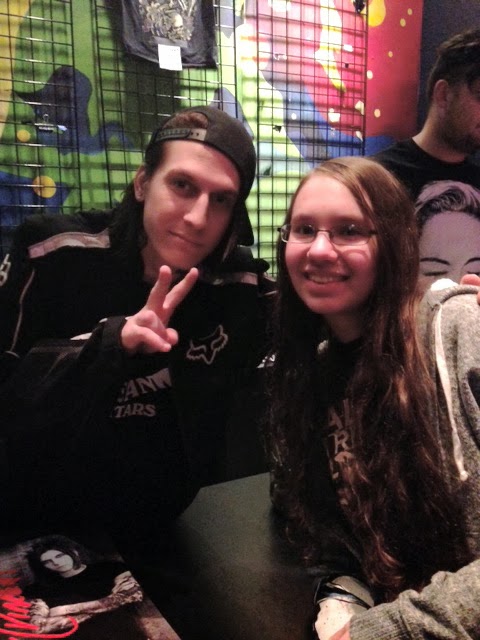 Falling in Reverse is the name of my daughter's favorite band. She went to see them last week and got her picture with the guitarist, Jacky Vincent. She was quite happy.

Map of the Internet 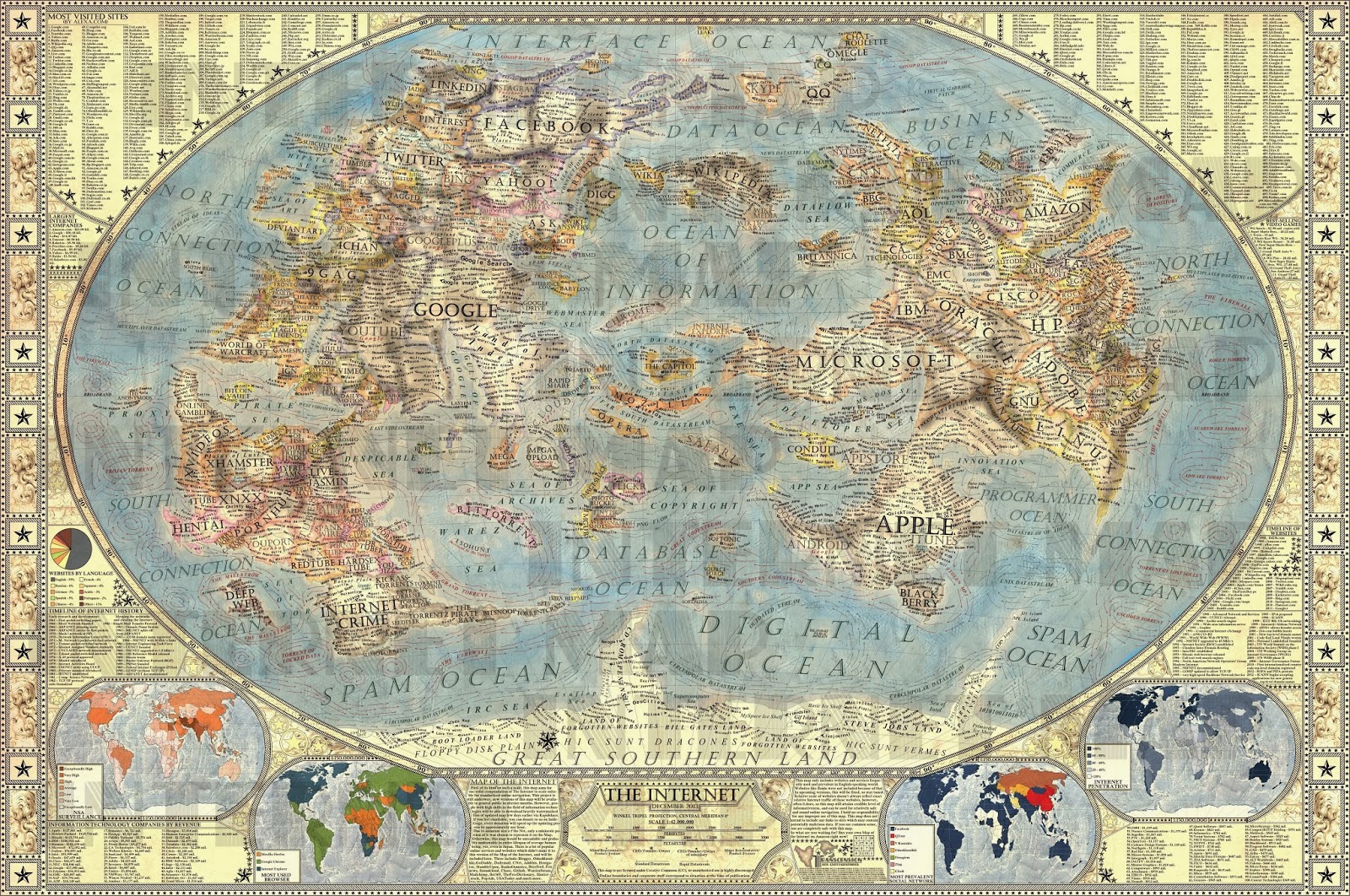 This was done by a Slovakian artist. Click here for the FoxNews story and more information. (You can also click on the picture for a larger view.)

Posted by Pastor Peasant at 11:18 AM No comments: