How Would You Draw the Trinity? 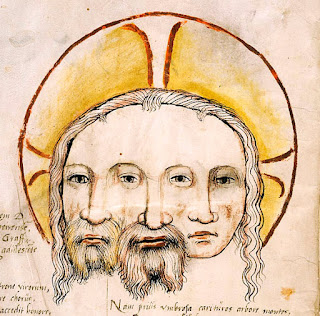 Just surfin' around a little tonight and found this picture on the discardingimages blog. It is from a 14th century Swabian Bible. I'm not really sure what to make of it, other than simply to say it is interesting. The artist was definitely trying to avoid the common pitfalls of modalism and tritheism that are often fallen into when trying to describe or picture the Trinity. It certainly is unique!

Posted by Pastor Peasant at 6:45 PM No comments: 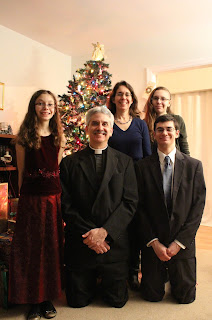 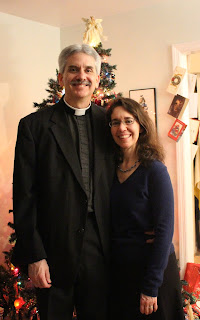 Posted by Pastor Peasant at 6:32 PM No comments:

Hazard #117 when you do not own your own church building and have to remember to bring everything you need with you:

Forgetting the candles for the candlelight service.

And yes, remembered when there was no longer enough time to return home and get them. :-(  But the service went well anyway, because the Light of the World was present and proclaimed in His Word.

And a good number of visitors this year! Not local, unfortunately, but from out of town. But nice to have them with us. And today, the festival Divine Service. It will be a good day.  :-)

Posted by Pastor Peasant at 5:37 AM No comments:

O King of the Nations

The Great "O" Antiphons of Advent are historic liturgical passages used the final seven days of the Advent season, dating back to probably around the 10th century. There were a number of these written, but finally seven coalesced in use and became the tradition.

I mention all this because today's seemed particularly apt in the midst of the political campaign season and the eve of the primaries that will begin early next year. It read:


O King of the nations, the ruler they long for, the cornerstone uniting all people, Come and save us all, whom You formed out of clay.

Yes, He is the ruler we long for, and the one who can unite all people.


Do not put your trust in princes, in human beings, who cannot save. Blessed are those whose help is the God of Jacob, whose hope is in the Lord their God (vs. 3, 5).

That hope is fulfilled for us and the ruler we long for come in the birth of Jesus. Yes, a cause for great rejoicing . . . as well as faith and hope, no matter who is elected.  :-)

Posted by Pastor Peasant at 5:22 PM No comments: 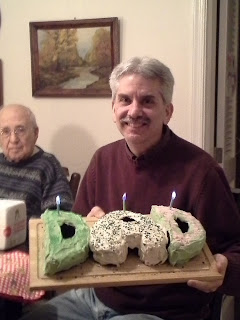 Posted by Pastor Peasant at 11:52 AM No comments:

You Can't Know the Father Without Knowing the Son

For those who still think all religions worship the same God . . .

Posted by Pastor Peasant at 6:25 AM No comments:

A Photo from Yesteryear 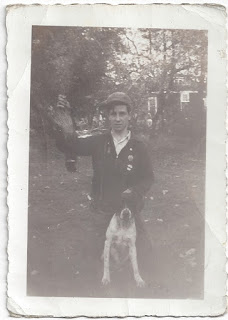 This is a picture of my father, holding a pheasant that he got with his dog Chum. He estimated he was about 16 in this picture - some 75 years ago!

Posted by Pastor Peasant at 9:39 AM No comments: