World Magazine this week has an article provocatively titled: Life after death: Where vaccines saving millions of lives are derived from the tissue of aborted babies, is it ethical to use them? Here's the link to the online article.


This is an issue that I knew absolutely nothing about until it was brought to my attention about a year ago. I tried to find out more information online, but sometimes good information is hard to find! And this, it seems to me, is an important matter to think about, and one that may crop up more and more in the future. Can a Christian, in good conscience, use such vaccines?


I imagine most people are like me and never realize what goes into the making of a vaccine and where they come from. This article does a good job in laying out the history is a pretty short space. I appreciated that. It also laid out the case that such vaccines can also be manufactured by using animal cell lines - the cell lines of aborted babies are not essential. And this, the article concludes, is the direction we should be going. I concur.


Where I was disappointed was in the answer to the question posed in the title: Is is ethical to use them? Actually, I was disappointed that there really wasn't an answer given or any thought process presented to think through the issue. What was cited were opinions put out by the Southern Baptist Convention's Ethics and Religious Liberty Commission, the Vatican's Pontifical Academy for Life, and the Christian Medical and Dental Associations (CMDA), whose conclusion were (1.) that "we should not risk the lives of our children [now] in order to avoid a remote connection that is tangentially related to an evil act" (Baptists); (2.) it is "permissible . . . to use such vaccines "on a temporary basis" if no animal-based alternatives [are] available" (Vatican); and (3.) since the manufacturing of such vaccines does not require ongoing abortions, it's permissible for Christian to use them until alternatives are available" (CMDA).


It's nice to have such opinions to salve the consciences of Christians who may be struck by guilt at having received themselves or had these vaccines given to their children. However, two problems exist here: What was the reasoning used to come to such conclusions? The Baptist answer seems to be pragmatic, the Vatican answer practical, and the CMDA's utilitarian. I would like to know more, especially to think through such problems - and related ones - that will certainly arise in the future, as medical technology grows and becomes able to do many more things. I wish the article would have provided some of that instead of just conclusions, though I understand their space was probably greatly limited. The other problem that exists is a really practical one: how many doctors or nurses are going to know where their vaccines come from and how they were manufactured? I would guess very, very few. So what is a Christian to do in that case? 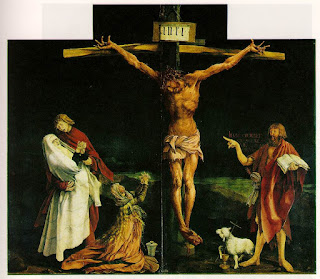 Part of the problem of being a pastor in the 21st century is trying to stay current on so many ethical issues facing us in our world today. There simply isn't enough time or energy to read up on everything - or even to know about all the dilemmas out there. Which makes it all the more important to know that we live under grace. That we live in the forgiveness earned by Jesus on the cross for us, and that is true for sins of ignorance, sins of weakness, sins committed as the lesser of two evils - all sins. My eternal life does not depend on my doing everything right, but because Jesus did everything right, and then died for my sins and gave me His perfection. That's not a free pass to sin or not care about such matters, but it is the salve this pastor's conscience needs! And it's true for you too.

Posted by Pastor Peasant at 7:07 PM No comments:

My father is 91 years old and has been living with me and my family for about two years now. He has some dementia; he is somewhat forgetful. I have begun to notice that his world has become very small. What I mean is that his focus is very narrow, on the task at hand. If he is eating dinner, that's his focus and he really doesn't seem to be cognizant of the rest of us eating with him. He goes about his routines, which give needed structure to his life, and does not consider much else. It seems that with age, and maybe because of the dementia, his world has become very small. I don't know how else to describe it.

That's interesting to me for when one is a child, the world is so very big, with lots of things to explore, things to try and experience. But now, for my father, the exact opposite seems to have taken place - there is where he is and what he is doing, and not much else. Perhaps that is a blessing, I'm not really sure. It hasn't been easy for him or us making this life transition, but the Lord has given us some extra years and extra time with my father, and I am learning a lot about myself and serving and patience. And that's good.

Posted by Pastor Peasant at 8:16 PM No comments:

Those working for the gay rights agenda often compare themselves to Dr. Martin Luther King, Jr. and the civil rights battles of the 60's and 70's. So to them, I offer this quote from the man himself:


Who you would change you must first love.

If you really are following in the footsteps of this man, then would you be forcing businesses to close, jailing those who disagree with you, and hatefully shouting down anyone who may voice another opinion? What you are doing may be advancing your cause, but it is not helpful to our culture, our society, or ultimately to yourselves.

I'm not saying that persons on the other side of this debate, including many Christians, are always loving. We don't get a pass either, and if the only Christians you know are from Westboro Baptist, I don't blame you for hating all Christians. But we're not all like that, you know.

Maybe we should give it a try. And maybe then, we'll find out something about love, too.

Posted by Pastor Peasant at 6:48 AM No comments:

Hi. I know I still haven't posted anything about vacation. Sorry about that. Just haven't been motivated to post much and have a lot of balls up in the air right now, trying to juggle them all. I'm hoping things settle down in a few weeks and I can have a month to breathe and catch up a bit. (I seem to say that a lot and it never happens!)

This week I was privileged to attend the above conference on Religious Liberty, sponsored by the new (but not yet opened) Lutheran Center for Religious Liberty. (Click here for more information on the Center.) I learned much these few days listening to good speakers and had good conversations with the other attendees. It is also encouraging to know that there are highly skilled and intelligent people thinking about these issues and presenting the truth about them. We talked about these issues from theological, legal, and philosophical points of view. All are important in presenting the truth to both those in the church and those outside of her. We also heard about how to move forward after the Supreme Court's recent decision. The Center will play an important role with that - moving forward.

So I am glad I went, though it set me back a bit with my other work. Now to read and think more about these issues and how to teach and present the truth. And withstand the persecution that seems to be coming . . .

Posted by Pastor Peasant at 12:15 PM No comments:

Well, I'm back from a great vacation. I'll post about that soon with some pictures, but for now, just something I noticed from Morning Prayer today . . .

Moses' life can be broken down into three 40 years segments:
From birth to 40 years old in Egypt.
Then 40 years a shepherd in Midian.
Then 40 years wandering with Israel in the wilderness to the border of the Promised Land.

Now, this isn't perfect - it doesn't account for however long it took for Pharaoh to agree to let Israel go and the time it took them to get to the border of the Promised Land the first time, but still, it seems pretty interesting to me!


Now this I say and testify in the Lord, that you must no longer walk as the Gentiles do, in the futility of their minds. They are darkened in their understanding, alienated from the life of God because of the ignorance that is in them, due to their hardness of heart. They have become callous and have given themselves up to sensuality, greedy to practice every kind of impurity. But that is not the way you learned Christ!—

Sounds a lot like modern day unbelievers. And then we read from Gregory the Great who said:


. . . refuse to put wicked fables before the clearest truth, and what you may happen to read or hear contrary to the rule of the catholic and apostolic creed, judge it altogether deadly and diabolical.  . . .  Indeed, they put on a cloak of piety and chastity, but under this deceit they conceal the filthiness of their acts . . .

What are the wicked fables we so hear today? Untruths, half-truths, that many consider truth? And how often it has to do with two things: money and sensuality. Monsters those two can be. Had another recently leave the Confession of the truth for this. It always saddens me. Not just the leaving, but the blindness, thinking the truth isn't changing. Really?