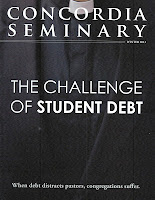 The Concordia Seminary (St. Louis) magazine (Winter 2013) just arrived in my mailbox, the title emblazoned across the cover: "The Challenge of Student Debt." This has been an issue at both our seminaries for a while. It is an important topic for our church today, which needs good, well-trained pastors. I have a simple proposal: congregations, pay for your students.

Our young men who go to the seminary do so often with much sacrifice. It's time for pastors and congregations to step up to the plate. Some do, I know. But others do not. Some are so small they perhaps cannot. But is that an excuse not to try? I know of some large congregations who give their students a pittance. (Some large districts are like that with synod, too.) It is sad. We should consider the sending of our young men to the seminary as an important part of missions.

I was lucky. When I went to the seminary, my pastor made me a promise to get me through debt free. He didn't know quite how he and the congregation would do it (they weren't that big or wealthy), but they would. Somehow. God would provide. My pastor made sacrifices for me. Since then, I have made the same promise to the young men I send off to the seminary. I am now on my third student, whom we bid farewell and godspeed to just yesterday, and I made the same promise to him. Do I know how we will do it? Nope. We're a small church. We don't even have our own building! But we'll do it. God will provide. It is too important not to do this.

And I hope that my students who become pastors do the same for the students they send to the seminary, and that this has a ripple effect through the synod. Some students will still have undergraduate debt they carry with them to their parishes, but I think this kind of promise (or at least this kind of attitude and desire!) is important for us to have. If we did, I believe we'd have more residential students and less clamor for "alternate routes" that cost less and in the end (really) provide less preparation, formation, and training. We cannot just be negative and speak against those programs in our synod we would rather not have (SMP, Delto, lay ministers, etc.), we have to be positive and support and build up and make more possible the alternative - our full-time, residential students and seminaries.

So my advice: pastors, congregations, promise your students. We will pray for you and pay for you. You are important. We need you. And we'll show it.

Posted by Pastor Peasant at 8:43 AM No comments:

Some pictures from recent travels of the "Peasant" family . . . 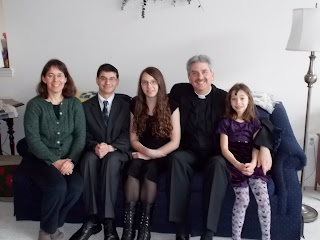 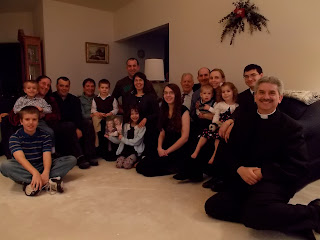 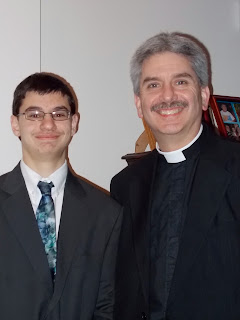 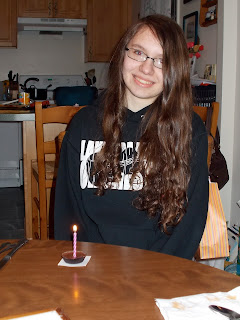 Posted by Pastor Peasant at 9:15 AM No comments: 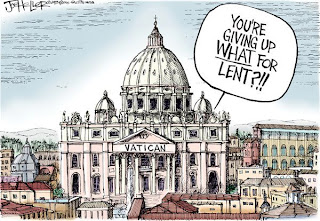 Well, the first (hopefully annual) St. Ambrose hymn writing contest is history. The winner has been announced, along with some honorable mentions. [Click here to see the announcement.] For the first year, it exceeded our expectations. Not only did we receive 35 entries (!), but there were many good hymns to choose from. There were a few duds, but the good far outweighed the not-so-good. Some of these hymns (not just the winner) I hope to use in my congregation. I will also encourage a few of them to submit their work to other publishing houses to see if they can be put out there for the church's use. For the purpose of the contest was to provide hymns for the church's use for pericopes that do not have hymnody written for them. This year the Gospel was the Parable of the Talents. What will the next pericope be? Stay tuned! The announcement will be made soon . . .

Posted by Pastor Peasant at 8:10 AM No comments:

Email ThisBlogThis!Share to TwitterShare to FacebookShare to Pinterest
Labels: Hymns

Well, I had big plans for today to catch up on stuff I didn't do last week because I was away at our family funeral in Michigan. But . . . was all night at the hospital instead, caring for some of my flock. Got home around 8:30 this morning. Ugh. Tired. Got some sleep. Kind of groggy now. Oh well. Maybe tomorrow.

Posted by Pastor Peasant at 4:09 PM No comments:

Well, last week was quite a dizzying week. Upon arriving home on Sunday after church, Executive Board meeting, and a shut-in call, I learned that my wife's grandmother had been called home to heaven. We had been making plans to visit her over President's Day weekend for her 99th birthday, but now began making plans to drive to Detroit this week for her funeral. I was supposed to be traveling to Florida this week for a Lutheran Haven Board of Trustees meeting, but would have to miss that.

So Monday was spent communicating with folks to cover my leaving, talking with the family, and making travel plans. I also spoke to our "Oma's" pastor in Michigan, who would be officiating at the funeral. He said it was Oma's wish to have me participate in the funeral, and he would like me to preach while he did the liturgy. I agreed (of course) and asked that he send me the readings so I could do so.

Tuesday I was at school all day, meeting with professors about my comprehensive exams and spending some time in the library, followed by catechesis in the evening.

Having received the service information from the pastor on Tuesday, Wednesday morning was spent writing the sermon, a quick exercise session, and packing. After getting the kids from school, we departed mid-afternoon. We missed the first part of the evening rush, but did get slowed a bit in Maryland. It rained most of this part of the drive, but was warm - about 70 degrees! But as we drove a cold front was pushing through, so it would not stay warm for long . . .

We spent the night outside of Pittsburgh, and on Thursday morning awoke to a temperature of 25 degrees and snow! So we drove through a light snow this day. Our wiper fluid was not working, but fortunately the road spray wasn't too bad - only had to stop a few times to clean the windshield. The traffic wasn't too bad either - and the accidents we encountered were all going in the opposite direction, including a 35 car pile-up due to a whiteout in Detroit on I-75 that closed the interstate in that direction all day! We got to our hotel in Utica, MI by mid-afternoon, changed, and went off to the funeral home for the viewing. That lasted until almost 9 pm, then back to the hotel to get some sleep.

Friday morning I awoke early and did a little sermon editing, then it was off for the funeral. The service went well, though I wish there had been more liturgy and hymns. Friday the morning temperature was 14 degrees! After the service we had a nice luncheon, followed by the interment in East Detroit in a not-so-nice part of town. But we had no problems. After that we drove back to Laurie's parents house, where we took a lot of family pictures and rested and decompressed a bit.

Saturday morning we got up early for the ten hour drive back home. It was still cold and snowy, so we didn't get very far before road spray became an issue for visibility. So we stopped to get it fixed. Found a very nice Midas place which blew out the frozen line and replaced our wiper blades at a very reasonable price. Then we were off. The snow made the first half of the drive home a bit slower than normal, and again, all the accidents we saw were on the other side of the road! We finally arrived home close to 10 pm.

So, a busy week! I somehow managed to get a sermon written for Sunday while in the car driving back on Saturday (while either my wife or son were driving; we took shifts) and working on it in the wee hours of Sunday morning. Wasn't able to be as prepared for Bible Class. But I am ever grateful to my congregation who are always so gracious and understanding with these things. After church was confirmation class, then home to rest a little before Spanish Bible Study at 7 pm. (Yes, I missed the first half of the Super Bowl! I got home at half time.) So I got to "watch" the second half . . . "watch" I say, for I was really dozing in and out and can't tell you how much I actually saw. Oh well. I didn't really want to Ravens to win, but thought they might - they looked more relaxed and the 49ers looked more uptight before the game started.

So, I'm looking forward to a quieter week! Got things to catch up on, as well as the usual schedule of classes and meetings. I have posted my sermons on our church blog [funeral sermon] and [Sunday sermon] if you want to read them. I'll get them on the church web site later this week. Now I need to prepare for our Psalm Bible Class this afternoon.

Posted by Pastor Peasant at 8:47 AM No comments: