Vacation - Home and Past Home

So our time out west came to an end. Thursday morning was one last day at Capitol Reef and then the drive to Salt Lake City for our flight home. A couple last pictures . . . 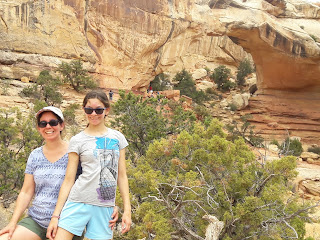 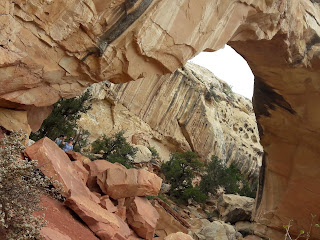 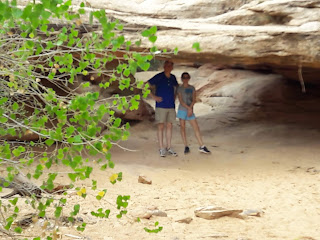 We had the red eye out of Salt Lake, which left at about 11 pm (MT). That got us into Orlando about 5:30 am (ET), and then our flight back to Washington and transport home, so we got home late morning.

But lo! Vacation was not yet over! We still had a couple more days, so after doing a couple loads of laundry and repacking a little, we loaded up the car and drove to Philadelphia. That's why I entitled this post "home and past home." We came to our current home and then drove to our past home - Philadelphia. We spend our last two nights there going to an old used book store we liked to frequent, going to a Phillies game (they won!), and also going to Eastern State Penitentiary - one of the first penitentiaries in the United States. We'd been wanting to go for a while, but never had the chance. I don't have the pictures right now, but will post some if I get them from my wive's camera. The picture I do have is of the game we went to . . . 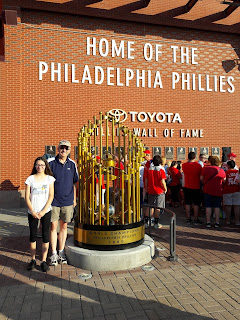 Daughter Peasant and I with a replica of the 1980 World Series trophy.

Our Sunday in Philadelphia, we went to church at the National Mission sight there, Logos Lutheran Church. I know the pastor - he's a good guy. :-)

Thanks for posting the pictures. Looks like you all had a greatg time. Don't know if you remember Joshua Gale -- he had been an inner city mission worker in Philadelphia, thena foreign missionary and now back in the sates with his family in Ft. Wayne -- again doing inner city missions -- "Just neighbors." Hope to look him up and find out more about what he is doing. Will let you know.

I don't know him personally, but the name rings a bell. And we did have a great time! :-)