So on Friday we took the morning a little easy after a couple of long and hot days in the desert at the first two National Parks, and because we had reservations at our next stop on Friday night. So we walked through the town of Moab (where we stayed) and learned some of the history of the place. 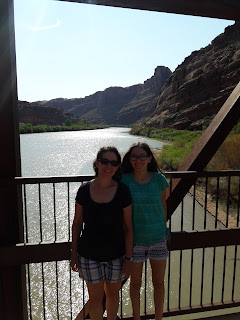 Over the Colorado River as it makes its way through Moab, UT.

Then after lunch, we headed back to Colorado to our next stop: Mesa Verde National Park. 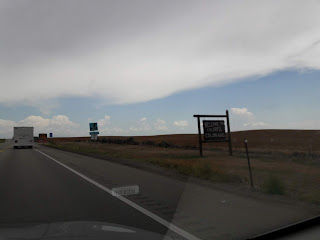 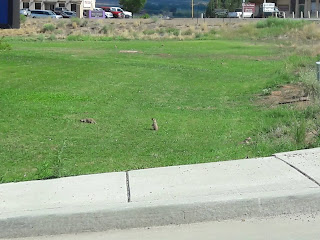 We checked into our hotel in Cortez and immediately saw some new friends: Prairie Dogs with their tunnels right by the hotel. :-)

Friday night we had reserved tickets for the Twilight tour to Cliff Palace. What is Cliff Palace, you ask? This: 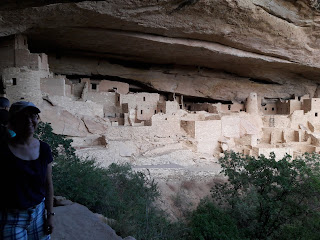 Mesa Verde is home to the where the Navajo Cliff Dwellers once lived, and there are many of their dwellings that still exist and have been preserved. Very cool! The twilight tour, the last tour of the day, is smaller than the others and more leisurely - we probably had 1.5 hours to go through it and talk with the ranger. The daytime tours shuffle you through in 30 minutes. I was a little apprehensive at first, nit knowing how we were going to get down to the dwellings (the Navajos just climbed down the cliffs!), but it wasn't bad.

We also spent Saturday going through the parks and seeing more of the dwellings. Here are some pictures: 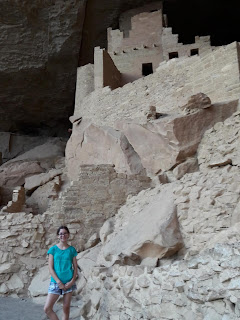 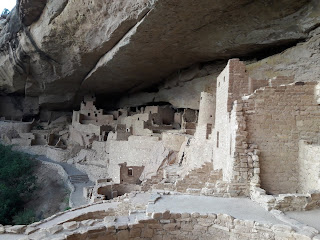 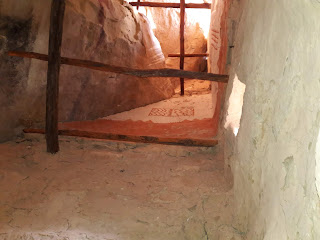 Some of their writing is still visible on the inside of a tower.

We returned to Mesa Verde first thing on Saturday morning to sign-up for another tour, this time for the dwelling called Balcony House . . . 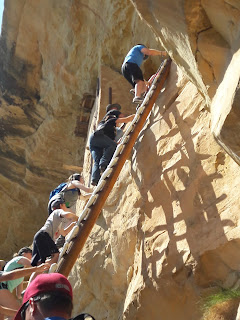 This one was a bit harder to get into! Above the 32 foot ladder we had to climb, and below one of the tunnels we had to go through. 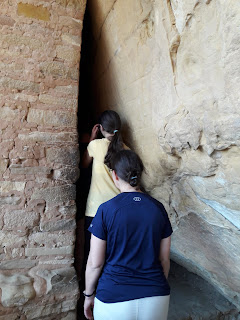 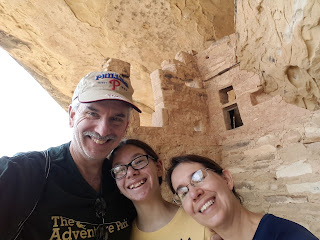 And some other dwellings that were cool, but that we could not get into - just see from a distance: 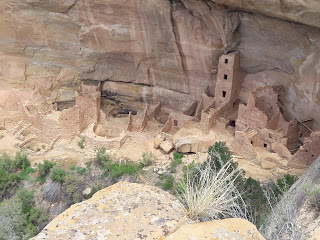 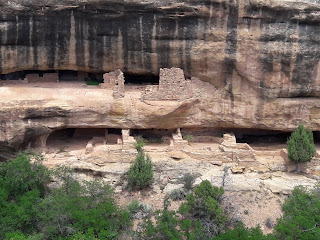 Spruce Tree House
(Was open for self-guided tours, but a rock slide closed it down now. :-( 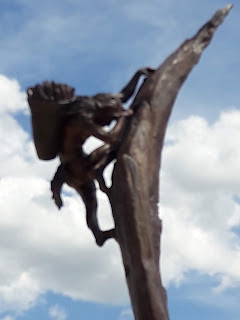 Statue out in front of the Visitors Center of a Navajo climbing a cliff.

After after this, back to the hotel for some swimming and dinner. Three parks down and three to go . . . or so we thought . . .

Tomorrow: Travel Day and a Surprise!

Posted by Pastor Peasant at 7:34 AM